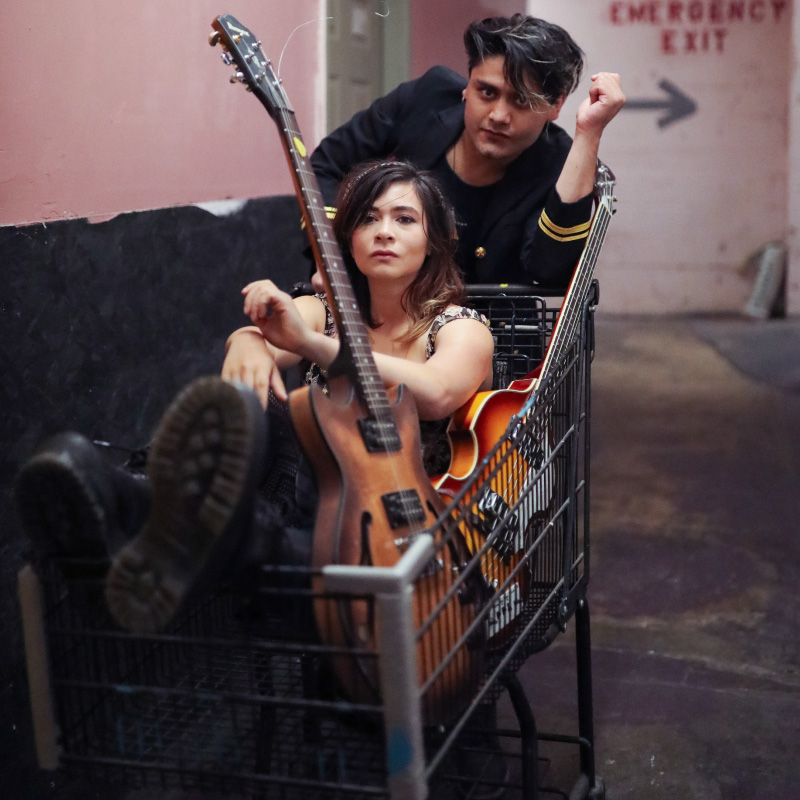 “Tres Leches put a powerful message in a good time…” Martin Douglas of KEXP wrote, and it is this element that Tres Leches use to bring joy and creative mobility to their audience. Their music involves multiple languages and a range of artistic styles from art-punk, psych, pop, cumbia and experimental.

D’Alessandro and Mariscal, met in 2011 at Seattle’s Bumbershoot festival, and bonded over a shared love of international music, from the bands they had seen that night Nortec Collective and Starfucker, to the bands they hoped to and one day would see together such as The Replacements and Café Tacvba. After Ulises and Alaia tried out some instruments in a jam room visiting the Experience Music Project, Ulises declared he was determined to learn drums and start a band with Alaia, who was impressed by his commitment to the instrument. By 2016 the band would release their EP and begin gigging with standout groups like Tacocat, The Coathangers, The Blacktones, Songhoy Blues, Boogarins, Los Blenders and Y La Bamba.

band’s love for creativity, cultural histories, chaos and an aim for artistic and physical

survival through togetherness and expression. The 2018 full-length was reviewed by The

Seattle Times as one of the best albums of the year, broke international presence through NPR, Noisey/Vice and Remezcla, performed at national festivals like Capitol Hill Block Party, Treefort and Upstream, and highlighted with a filmed in-studio performance on KEXP.

Looking towards 2022, Tres Leches will release their album Fósil (fossil in Spanish), to which they have this to say about it,

“Tres Leches were bad kids who daydreamed when they should have been paying attention to the history lessons about how they came from other parts of the world to spread their bad influences. They’re the type of people who have anxiety around a regular night out. They use music as a resource to resist media, police brutality, a pandemic and even death, all in the name of finding themselves. Fósil preserves these selfish creatures, the songs of the album acting as a remnant of the moments throughout their lives where they persevered and found self preservation.”