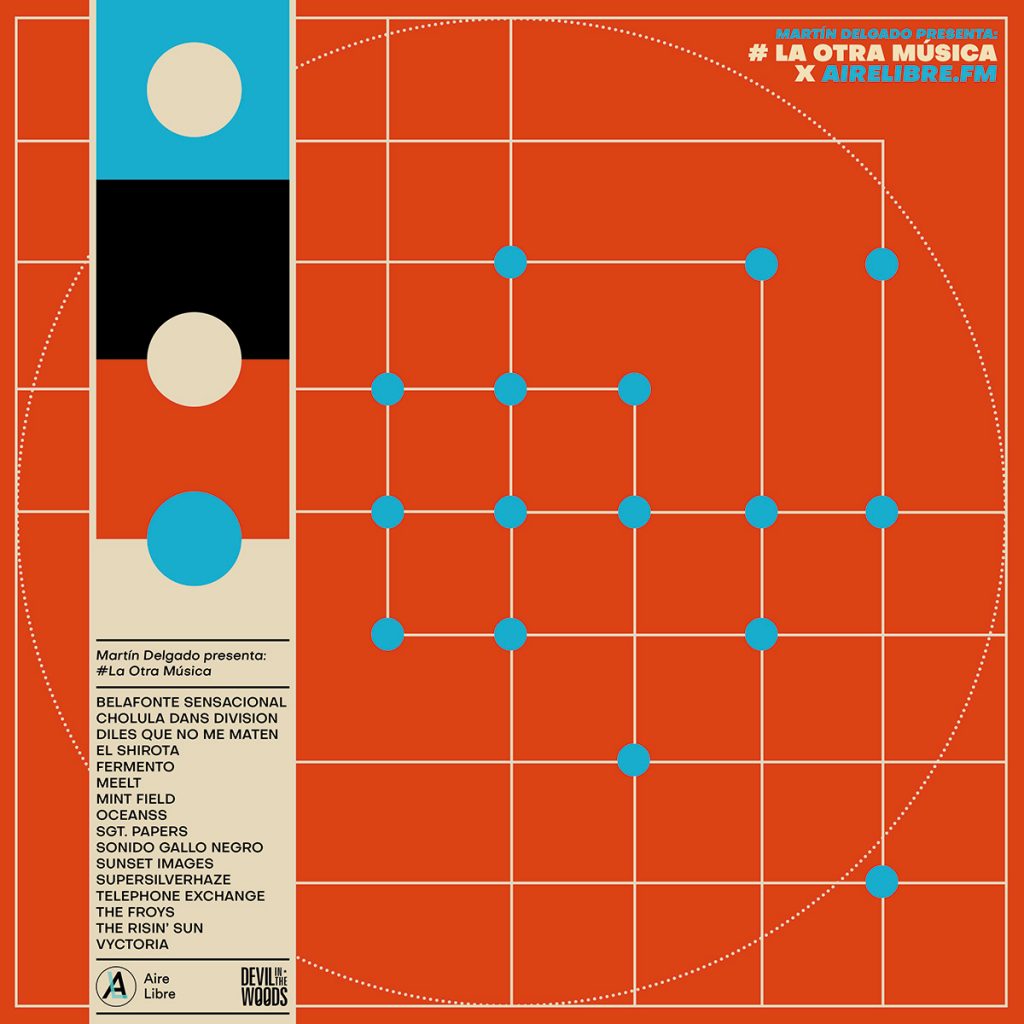 On September 25 will be available a special compilation by Aire Libre 105.3, Martín Delgado and Devil In The Woods with 16 unreleased tracks from groups from the underground national scene.

Recently a new compilation has been announced presented by Martín Delgado, producer of the program La Otra Música, which is broadcast via Aire Libre FM on the 105.3 signal in Mexico City. This compilation material will be called “La Otra Música X Aire Libre FM” and is the result of recordings made to 16 groups in radio facilities. It will be on September 25 that it will be available in physical and digital format by Devil In The Woods.